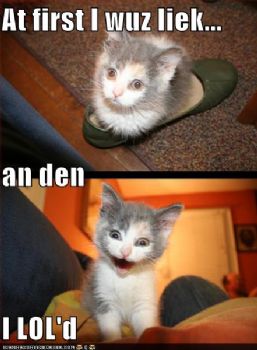 OK SO I MISUNDERSTOOD MARCI'S INTER-TEAM CHALLENGE. HAS TO BE A LOVE THYSELF BLOG. OK I am a Lime a mighty might Lime, I can get past this!

My chubbieness started about 5 th grade. I had previously been a really fast runner, but something happened. Just was hard to breathe when I ran. So I chose not to as much. And we had moved and I had to leave all my friends. To say I was shy is an understatement! Instead of going outside and playing, I hid in my books. It was my way of adventure. It was just fake. Part of the issue is my mom got remarried, and my stepdad didn't really like me. I was the good student who never got into trouble, while his boys were flunking out, and always got into trouble. He was a very angry man who worked graveyard and if he got woke up or the boys got into trrouble, He would literally yell for up to 3 days straight. Even thru meals. He used a college board to spank us with, although I only got it once becasue he broke my tailbone. the only reason I got it was because I didn't stop them, like it was really MY responsibility!! Anyway, I never had my friends over becasue I was embarrassed. I used books to get away, instead of going outside and playing. I could read 3 200 page books in one day!!
So from about 5 th grade till I was 16 I was overweight. At 16 I started working grocery, and doing cart runs really helped!! I made it to a healthy 130 pounds. Then I got pregnant. ( at 18) I inhaled food. And by the time I was induced, I was 187 pounds. Had hard 36 hour labor, then a c-section, so I was able to lose some. Made it to 150. Then had my daughter, the day I had her, I was 199. Because I workded inpharmacey at the time, then did home daycare, I never lost the weight. Yes I did diets, and excercise, then atkins, made it to 170, but it was not a lifetime way of eating, and when I started LA Weight Loss I was a t 201. After a yo yo gain lose, gain lose, I figured maybe it was the depo shot, as it is known to make you gain weight. I rebelled against myself and ate anything and everything. A year later, I am higher still. And still yo yoing. It is very frustrating!!!

I have always looked at my fat tummy with disgust. And actually thought about taking a knife at one point and doing a self removal. Thankfully I didn't. I am now off the depo shot but have not had period for about a year and a half. Is it an excuse?? Is the depo still stopping me?? maybe. and maybe it's just in my head.

Anyway this past September I went to what my church calls an encounter retreat. The Lord helped me with the way I thought of myself. And I no longer think of myself in disgust. He made me beautiful. He made me in His image, and who am I to call what He made disgusting!! I am free from self-loathing, and guilt.

I still am struggling with the yo yo weight, but I have been successful with keeping up the excercise, and my diet is better. Less cheating. Because I am bipolar I do have times when I get depressed and end up eating just to have something I can control, but I find it is less frequent now.
I am really enjoying being a leader of my teams, I find it rewarding to be able to give other people motivation, to know that maybe I have a positive impact on someone. And I don't have to be shy on the computer!! lol..

Ok so that's my story, well parts of it,,, but I'm not supposed to write a book here. lol