So, I actually did wake up feeling some better last Sunday, and although I didn't get a lot done this last week I gave myself some slack and quit worrying about whether or not I was doing "enough". I think that is a large part of my problem--I worry I might be getting super depressed rather than just letting myself relax. I actually have done more reading and studying and talking with people the last month than I did the last year of my job! My hubby pointed out that I am "healing from a toxic work environment" and I think he is more right than I realized.

I also finally chose a date and got invitations ready to go for an open house. I am doing this by invitation only which cuts some of the pressure. I still sent about 55 invites!

My Mom had surgery for breast cancer in June. Did I tell about that? Anyway I wrote a letter to include with my invitations stating that I won't be having regular daily office hours until after her radiation treatments are finished in August. She has to go every weekday, and it's a 90 mile one way drive to get to the treatment center. So I am going to be doing quite a bit of the driving as my sisters both work.

Mom was fretting about me not working and I told her (as it dawned on me just then) that I had been dragging my feet about advertising. Every time I thought about it something held me back. Now I know why!! I CAN help Mom, and am so glad that I can!! So I know that helped my mood again too. Also I told mom (and truly believe) that I'd much rather my schedule be "messed up" a bit in order to see her healthy and healed. No chemo!! Hooray!

So, yeah, I'm feeling more settled. I also took my youngest on a road trip. We had few plans other than going and having fun. We were also going to pick up my daughter from her camp, and seeing my Dad and his wife.

Pictures are worth a thousand words, so here are a few: 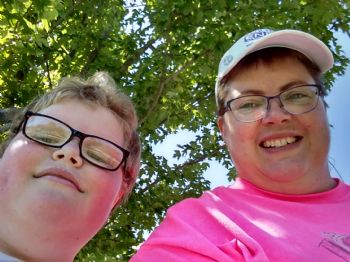 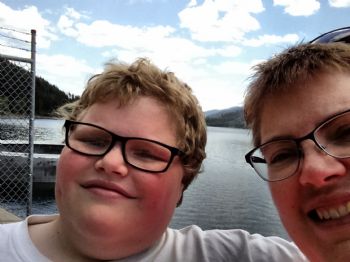 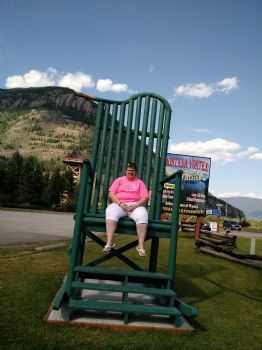