The beautiful beach town of Holland has been celebrating its Dutch heritage and culture since 1929 and the festivities continue this year. May 7 - 14, 2016 the Tulip Time Festival will feature parades, traditional Dutch Dance performances, concerts, theatre, Dutch attractions, Dutch food and more. More than 500,000 people from 40 countries travel to the Holland Tulip Time Festival each year.

Today was the opening day and the weather was beautiful so we thought we best go while we can enjoy it.

The traffic was horrendous and we had to park about six blocks away from the activities. It wasn't a bad walk though as we could enjoy tulips planted along the road. 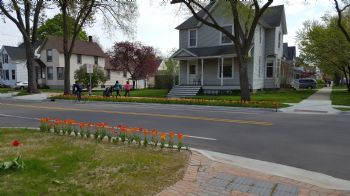 We drove around the city before we parked and saw all the tulips. Some years the festival is to early or too late but this year was perfect! 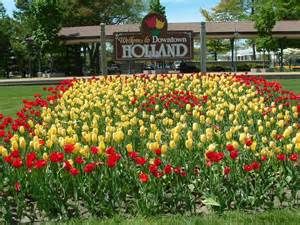 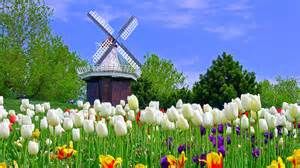 From where we parked we walked to the Centennial Park which is where they have the Arts & Craft Fair today and tomorrow. It was crowded with the nice weather but we saw so many nice things. All a little high for my price range but beautiful none the less. 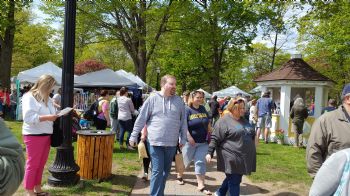 Of course, tulips were everywhere! 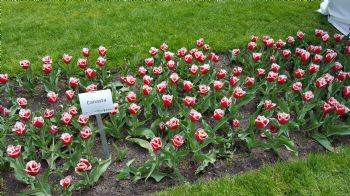 There was plenty of Dutch Costumes and the traditional Dutch Clomping Dancing. My daughter has volunteered for the last few years. They start practicing in November for the May dancing. And let me tell you the costumes are very authentic and very detailed. Here is a picture of my daughters group. She is the second one in on the right. 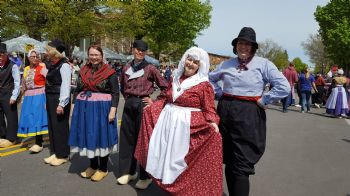 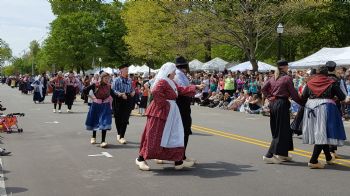 Today the dancers went for blocks as they were try to set a new Guinness World Record for the most dancers at one time. 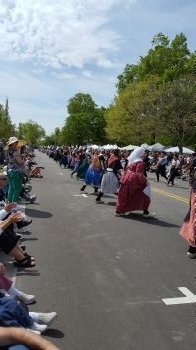 After the dancing, we passed on the carnival and other stuff and went to lunch with my daughter and granddaughter before coming home. We had a great time and it's always a fun event. If you have never been, you are missing a great festival.
Share This Post With Others
Report Inappropriate Blog
Member Comments About This Blog Post