Keeping it in Perspective 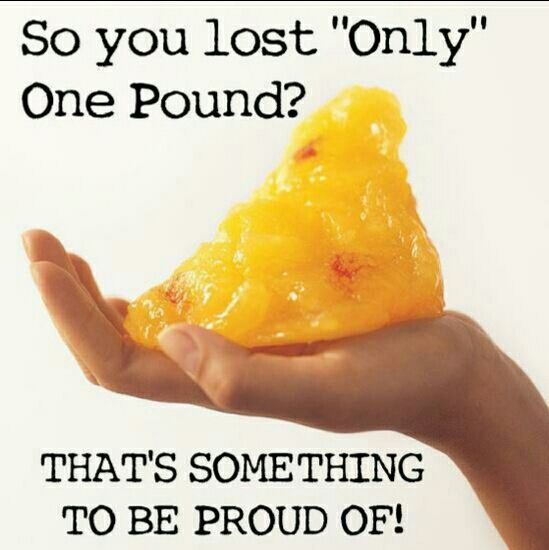 I've been a bit harsh with myself in recent weeks about "only" losing a pound or two per week. Someone here on SP suggested I look up a photo of what that really represents so I did. I've also done some more thinking about it and realized that, while I'm losing fat, I'm also gaining muscle. Given that my clothes are fitting differently and it's getting easier to move, I need to remember that when I "only" lose a pound or two, I've probably really traded fat for muscle that week. I also have to remember that I have made AMAZING progress so far! Since the beginning of the year, I've lost over 82lbs! That's no small feat! Never giving up. Never going backwards. Always moving forward. That's what matters. Weeks will come and go. The scale will move or it won't, but that ultimately doesn't determine the outcome. I have to keep it in perspective and remember that even a pound -- that "only" pound -- is still progress! Disclaimer: I know 1-2lbs per week is normal, but I also know that being over 350lbs, I typically average more like 3-4lbs.
Share This Post With Others
Report Inappropriate Blog
Member Comments About This Blog Post