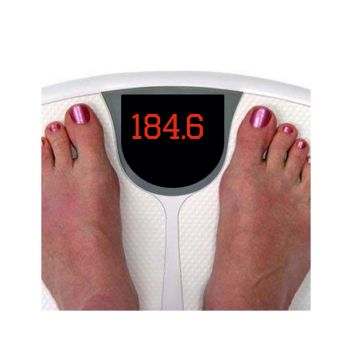 Thank you to all who are praying for my 38-year-old son who has cancer. His treatment cycle continues for another 2 1/2 weeks. Some side effects are improving while others are increasing. I'm very proud of how he is managing both the physical and mental effects of the cancer and its treatment. Your continued prayers are welcomed and appreciated.

A lot has happened since I last dropped in to say, "Hi!" I flew home from Houston (where my son is being treated at MD Anderson) to Louisiana last weekend in order to enjoy a quick visit with hubby, my other two adult children, and all the grands. It was a perfect weekend despite how short as it was.

Friday evening, hubby and I took toddler grandson to a play. We went to see DGD4 who had a speaking part as a dwarf in a high school production of Shrek. She also had several other supporting roles that included costume changes, singing, and dancing, but no lines. Toddler grandson was a little wary of big, green Shrek and scary, creepy Dragon. Other than a brief "I wanna go home" during one of Shrek's in-the-aisle songs, he enjoyed the singing, costumes, and dancing. Seated with us in the audience were 4 more of our grandchildren, and manning the snack bar was their dad. Seeing the play and visiting with the grands was a nice contrast to the hallways of MD Anderson Cancer Treatment Center.

Saturday afternoon, hubby and I took toddler grandson to see an elementary school production of Beauty and the Beast. The show wasn't scary since it targeted a youth audience. Little one enjoyed seeing his older cousin play several non-speaking parts. Hubby and I enjoyed seeing our grandson on stage and visiting with DD, DGD2, and DGD2's boyfriend who sat in the audience with us.

After the matinee, we took toddler grandson home and enjoyed a nice dinner with him, his baby sister, his mom, and his dad (our youngest son). On going to bed, I immediately fell asleep. My flight back to Houston was early Sunday morning. It had been a a quick visit home, but I was able to catch both plays and visit with everyone...a nice mental break.

I missed an official WI last Saturday. Today's small WI loss of -0.2 and fasting sugar of 106 (80-120 is normal) surprised me. I expected a gain and higher blood sugar for a couple of reasons...

First, my son can no longer tolerate the smell or mouth texture of the Jimmy Dean Light English Muffin Breakfast Sandwiches we had bought. With each passing week of radiation and chemo, what tastes good to him or what can be tolerated changes. In fact, just the smell of the breakfast sandwiches nauseates him. So as not to waste the breakfast sandwiches, I've been eating them. It won't be long before the last of them is gone. However, on my own doctor's orders, bread (of any kind) is a no-no.

Second, my son wanted the convenience of hard-boiled eggs for breakfast in lieu of the breakfast sandwiches. He also wanted to include seeds in his diet because the cancer nutritionist said they were good for maintaining regularity. I bought pre-peeled, hard-boiled eggs, Dave's Seed Bread, Dr. Kracker's Seed Crackers, almond butter, and all-fruit jam. They worked at first, but as his inner throat became sore and dry from treatment, the seeds from the bread, crackers, and jam caught in his throat. Not only that, he soon discovered the smell of a hard-boiled egg nauseated him. I found myself eating bread and butter with hard-boiled eggs and crackers with fruit spread as a snack so as not to waste the food or the grocery money we had spent.

Long story, short...I'll take the teeny, tiny 0.2-pound loss and consider it a gift! We turtles never look a gift horse in the mouth!