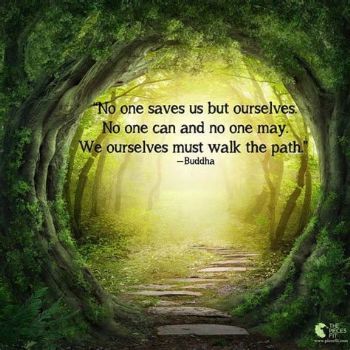 "No one saves us but ourselves. No one can and no one may. We ourselves must walk the path." Buddha 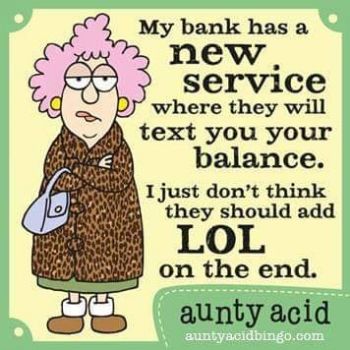 "My bank has a new service where they will text you your balance. I just don't think they should add LOL on the end." 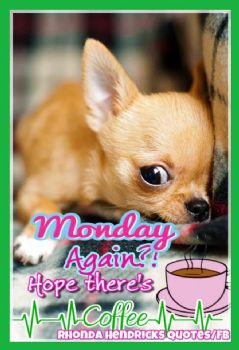 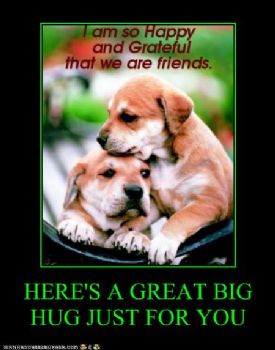 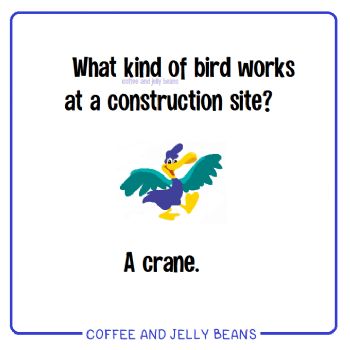 A Texan farmer goes to Australia for a vacation.
There he meets an Aussie farmer and gets talking.
The Aussie shows off his big wheat field and the Texan says, “Oh! We have. wheat fields that are at least twice as large.”
Then they walk around the ranch a little, and the Aussie shows off his herd of cattle.
The Texan immediately says, “We have longhorns that are at least twice as large as your cows.”
The conversation has, meanwhile, almost died when the Texan sees a herd of
kangaroos hopping through the field.
He asks, “And what are those?”
The Aussie replies with an incredulous look, “Don’t you have any grasshoppers in Texas?”

It's National Graduation Tassel Day! Today honors the high school and college students who are graduating this year. After a rough couple of years, they really deserve our kudos for hanging in there and completing their academic achievements. Cue 'Pomp and Circumstances'!
--Income Tax Pay Day: also known as Tax Day; ordinarily this would have been on April 15th but, due to the pandemic, the US taxes were postponed to today; your taxes or a file extension request are due today; panicking won't help; the IRS didn't become part of the government until 1862.
--International Day Against Homophobia, Biphobia and Transphobia: today is a movement that marks the anniversary in 1990 of when WHO (World Health Organization) declassified homosexuality as a mental disorder; today brings focus to issues involving gender expression and raises awareness regarding discrimination and violence suffered by the LGBT community; precisely 14 years later, the first same-sex marriages in the United States were performed as Massachusetts became the first state to legalize them..
--National Cherry Cobbler Day: today is a salute to a desert dish of cherry filling covered with biscuit dough crust; the traditional pie evolved into the cobbler especially back in the 19th century as the pioneers adapted recipes due to severe lack of ingredients.
--National Mushroom Hunting Day: today is a salute to those who like to get their own mushrooms and a chance for the rest of us to try it; if you're a novice, get advice so you avoid the toxic mushrooms.
--National Pack Rat Day: we may tend to keep things beyond their usefulness and have to declutter; today, however, is a break from the decluttering and lets us reflect on what we've collected and how it impacted our lives.
--National Walnut Day: today is a salute to a healthy nut; add some chopped walnuts to your oatmeal or your salad for some antioxidants.
--Pinot Grigio Day: today is a salute to a popular vintage; Pinot Grigio has a long history and shares part of its genetic heritage with Pinot Noir and Pinot Gris.
--Shavuot: a Jewish holiday that began at sundown yesterday; from checkiday: "Shavuot, which means "weeks," is one of three Jewish "pilgrim festivals," along with Passover and Sukkot. It celebrates the end of the seven-week Omer counting, which begins with Passover and lasts fifty days. Each Shavuot there is a remembrance of the giving of the Torah to the Jewish people at Mt Sinai. Although it is really just the Ten Commandments which are believed to have been given to Moses there, the giving of the whole Torah is remembered. During Biblical times, two wheat loaves were offered at the Holy Temple on the day. People also would bring "bikkurim," which were their first fruits."
--World Hypertension Day: today is to increase awareness and to inspire us to action regarding preventing hypertension; high blood pressure is linked with heart attacks, kidney disease and strokes.
--World Neurofibromatosis Awareness Day: today raises awareness of a hereditary condition that manifests itself in lots of bumps and tumors across the body; the tumors are usually non-cancerous, but they can appear in huge amounts and in some cases are quite disfiguring.
--World Telecommunication and Information Society Day: also known as World Telecommunications Day; today commemorates the founding of the International Telegraph Union in 1865; the organization sets standards across all countries and aids developing countries to improve their telecommunication infrastructure; today raises awareness of societal changes brought about by the internet.
--In 1954, US Supreme Court ruled school segregation unconstitutional. From bing: "A lawsuit against unfair segregation is heard before the Supreme Court, and the unanimous ruling finds that establishing separate public schools for black and white students is unconstitutional. 'Brown v. Board of Education' will be a major landmark in the growing civil rights movement." Despite this landmark decision, de facto racial segregation was upheld for years in some areas of the United States.
--In 1875, the first Kentucky Derby was held. From bing: "With African-American jockey Oliver Lewis on board, Aristides wins the first Kentucky Derby at a new track founded by the grandson of explorer William Clark. Eight years later, the venue will become known as Churchill Downs."
--In 1642, French missionaries found Montreal. From bing: "Hired to build a Catholic mission near the St. Lawrence River, 30-year-old Paul Chomedey de Maisonneuve and his group of settlers found Ville-Marie de Montreal. The future city of Montreal faces an uncertain future at first, and the population will dwindle to 50 by a decade later."